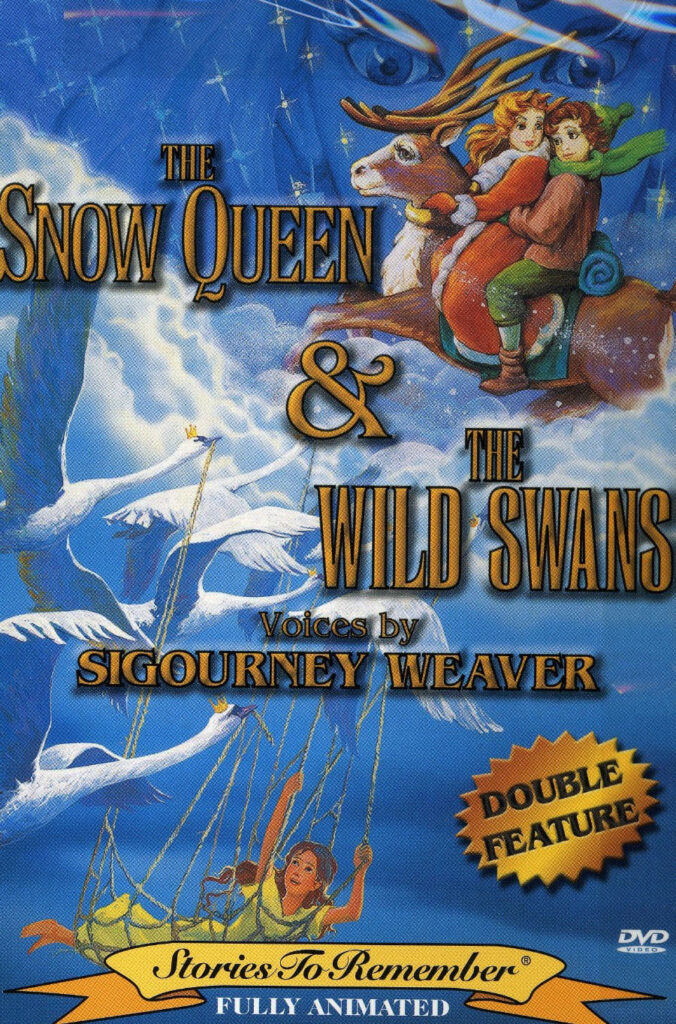 DVD Includes Both The Snow Queen and The Wild Swans.

About The Snow Queen
Hans Christian Andersen wrote this enchanting story of a young girl seeking to save her best friend (a young boy) from the clutches of the evil Snow Queen. Beautifully animated in Russia by young artists out to prove what they could do. Music by recording artist/producer Jason Miles (who has worked with Miles Davis, Luther Vandross, and Michael Jackson, among many others).

About The Wild Swans
Princess Elise tries to break the spell of her sorceress/stepmother who has turned Elise’s brothers into wild swans.