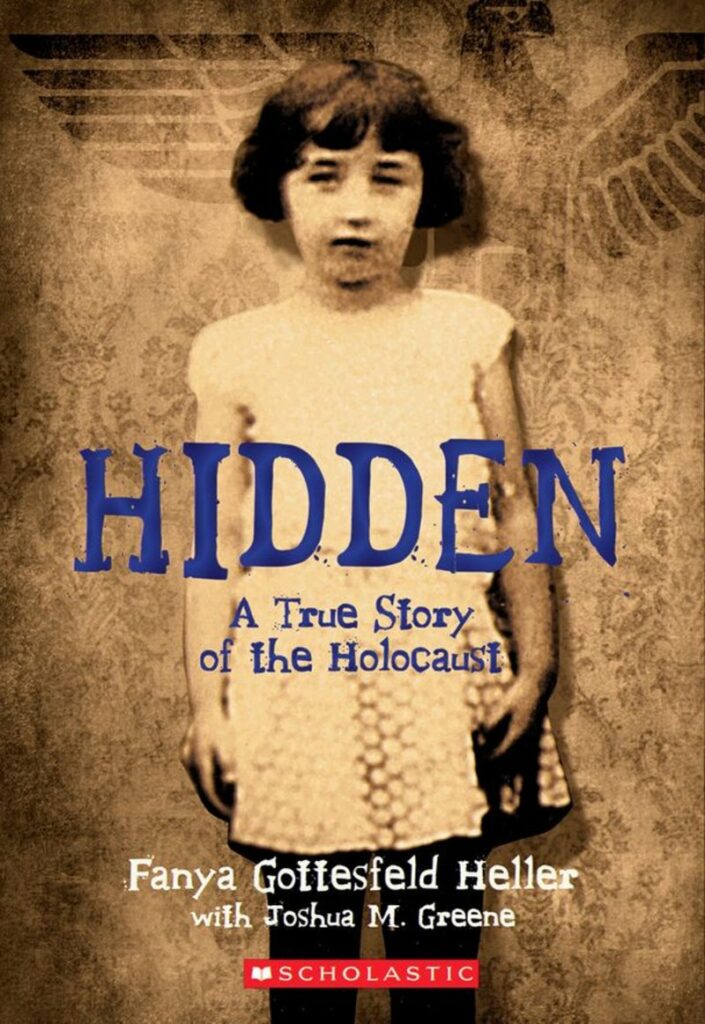 Hidden: A True Story of the Holocaust

The Memoir of Fanya Heller

In 1942, Nazi soldiers marched into Fanya’s town. She had to hide to survive.

"...one of the most compelling stories I have ever read..."

"I would truly read it a million times."

"Wow, what a touching read. I have never read a story from this perspective... honest and open."

I peered out the second-floor window of my maternal grandparents’ villa. Through an early-morning haze I saw men in German uniforms jumping off trucks. The Germans were carrying rifles and yelling and kicking in the doors of houses up and down the main street of our town, Skala. Some of the men retrained big barking dogs on leashes. I heard people screaming and watched as men, women, and children scattered in all directions.

For days my family had heard rumors that there would be such an Aktion, a roundup of Jews. Sixteen members of my family had gathered in my grandparents’ villa, including me, my younger brother, Arthur, my mother and father, and a dozen other family members. We had prepared for this emergency and rehearsed what to do. At the far end of my grandparents’ backyard was a warehouse where eggs were packed in boxes for export to Germany. Under the floor of the warehouse my father and uncles had dug a hole where we could hide.

We quickly ran out the back door of my grandparents’ villa. The night air was freezing. I wore only my nightgown, without a coat or shoes. Everyone ran to the warehouse. We heard gunshots and more people screaming from nearby streets. The Germans were coming closer.

We scrambled silently into the warehouse and climbed down a ladder to the hiding place. My father slid a wooden cover over the hole, and we waited in darkness. Within minutes, boots trampled across the floor over our heads. We were terrified and breathing heavily but nobody dared to make a sound. Then a voice from above our heads called out in German, “Bring the dogs!” There was barking and sniffing. The smell of broken eggs must have covered our scent, because the dogs did not find us.

“No Jews here!” one of the Germans yelled. Again there were footsteps, then silence. None of us moved or shuffled our feet, in case the Germans were only pretending to be gone. Sweat dripped down my body from the heat of so many people packed so tightly together. No fresh air could enter the cramped hole, and I became dizzy. What would I do, I wondered half deliriously, if the Germans found us, and a solder stuck his rifle in my face? Would I cry? Would I wet myself? Would I beg him not to shoo me?

Hours later my father slowly pushed aside the wooden cover of our hole and peeked out. It seemed the Germans were gone, but we couldn’t be sure. “Better wait here one more day,” my father whispered, and he slid the wooden cover back over the opening. For another day we sat in total silence, urinating in our clothing, with no food or water and barely enough air to breathe.

The day of the action was my eighteenth birthday. In those next two days, I grew up very quickly.